Synopsis:
Photovoltaics (PV) will play a major role in the future of sustainable energy supply, as it satisfies the demand for carbon neutral electricity generation and thereby combats climate change. For remote regions and islands such as Cabo Verde, PV is an energy source of special importance. The novel concept of agri-cultural-integrated PV (agri-PV) empowers the dual use of land for agricultural production of crops and the generation of electricity. There are also secondary benefits of agri-PV, such as the possibility to reduce strong direct sunlight on the crops and the escape of heat during night time, as semitransparent solar modules are applied in a roof-like structure covering the agricultural fields.

The goal of the present project is to develop the technology to fabricate photo-voltaic modules specifically designed for application in agri-PV, based on thin lines (~0.1 mm wide) of solar cells onto which linear concentration lenses will be applied for concentration of the sunlight. These solar cells will be mounted on lamellae, forming a roof-like structure, and which can be tilted to allow concentration of the direct sunlight onto the line-shaped solar cells. The space between the solar cells and lenses will be designed to allow sufficient light to pass through the solar cell and illuminate the crops. A second goal is the purifi-cation of treated wastewater for irrigation, using the electricity generated by the Agri-PV for carbon-neutral irrigation of the agricultural land.

The water treatment unit will be developed to purify treated wastewater based on advanced nanomaterials including i) solar photocatalytic unit to degrade organic matter and water contaminants and disinfect it; ii) porous membranes based on nanomaterials such as covalent organic frameworks, to capture or-ganic pollutants from wastewater that are persistent to photodegradation and byproducts of photodegradation, to prevent these from accumulating in the crops to be irrigated; iii) sensor units to verify the quality of the treated water before using it for the irrigation of crops. The membranes will be regenerated and the concentrated pollutants will be treated by photocatalysis for removal. 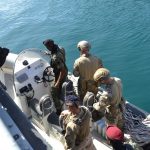